Welcome to Agategrrrl’s bookstore where we offer three of the best-selling and most well-read books on the subjects of collecting rocks, gems, minerals, and crystals, written by Agategrrrl herself, Patti Polk. These books are written with beginners in mind, yet filled with valuable technical information for seasoned collectors. These guides take you from being simply someone who enjoys rocks and minerals to a knowledgable enthusiast in no time!

Patti Polk is recognized as one of the top agate collectors in the world, as noted in the highly respected reference book, Agates III, by Johann Zenz. A passionate rockhound, she has been collecting, cutting, and polishing rocks for well over 20 years. A skilled lapidary artist, Patti has been published in Rock & Gem magazine, and numerous other periodicals. A much sought-after speaker, Patti often gives her Agate and Jaspers of the Southwest presentation to gem and mineral clubs throughout the Southwest and beyond.

"I absolutely love the Agates & Jaspers of North America! It has become my favorite reference book since getting it as a gift last year. The photos are clear and show the details of the rocks really well. I also like that it has the values too, it really helps when I'm trying to decide what to buy." 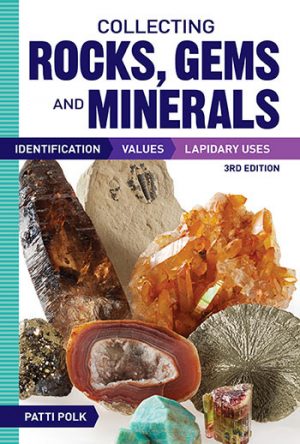 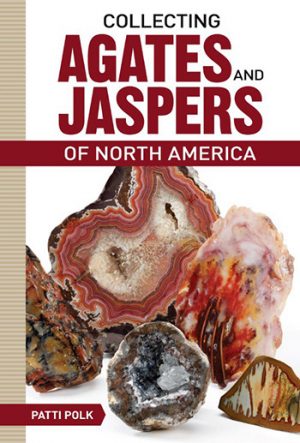 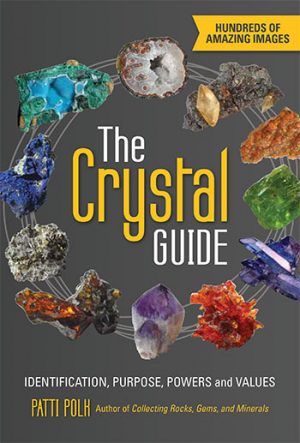 BK101: An easy to use, quick reference format arranged by category and color of stone with values and tips for locating, buying, and collecting lapidary rocks and display minerals. Includes over 800 color photos for identification.

BK102: The only book on agates and jaspers to offer values, plus nearly 700 color pictures with descriptions and technical information. Organized by U.S. states and provinces in Canada and Mexico with information on what type of material is found in those locations.

BK103: Organized alphabetically, this book spotlights more than 200 of the most popular crystals, from andalusite to zoisite – and includes an overview of each one along with mineral, astrological, numerical, and metaphysical properties.